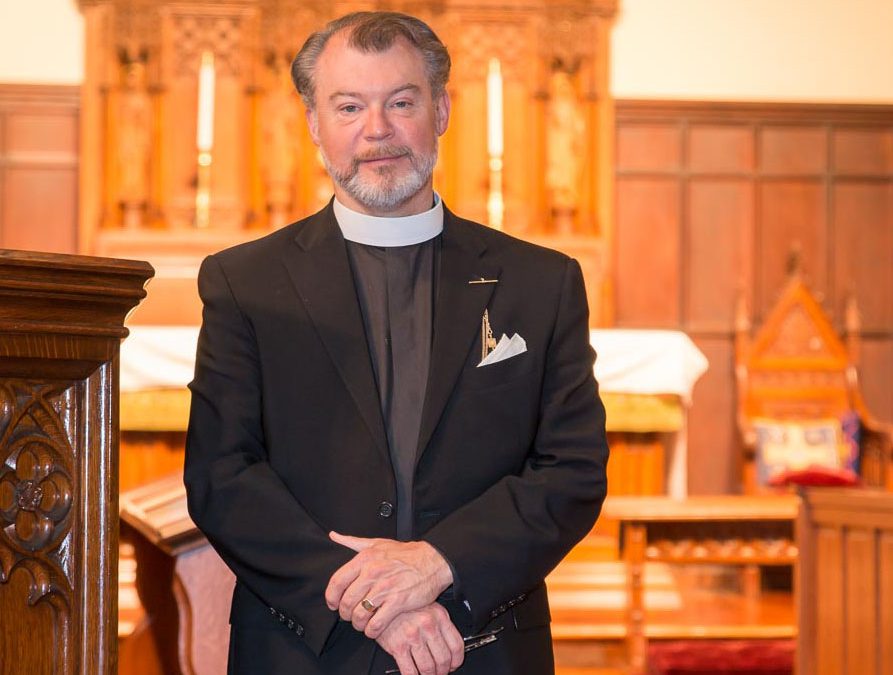 Mark Edington is the previous rector of Saint John’s. He prepared for ministry at Harvard Divinity School, receiving the M.Div. in 2000. In addition to his work as the parish rector, he is the director of the Amherst College Press and the founding publisher of the Lever Press, a scholarly publisher supported by a consortium of more than fifty liberal arts institutions in the United States. He is the author of Bivocational: Returning to the Roots of Ministry, published by Church Publishing in 2018. A social entrepreneur and commentator, Mark is on the founding board of the 2Seeds Network, an international NGO engaging in food-security work in the poorest regions of East Africa. He also serves as a trustee of Adrian College in Adrian, Michigan.

Mark is a commentator on religion at the Huffington Post, WBUR’s Cognoscenti blog, and New England Public Radio.  Mark works as well as the director of the Amherst College Press, a publisher of scholarship based at Amherst College. Previous experience includes service as a senior administrator in Harvard University, where he served as executive director of the Harvard Decision Science Laboratory and as senior administrator of the Center for the Study of World Religions at Harvard Divinity School. Mark’s previous posts in ordained ministry included appointments as Epps Fellow and Chaplain to Harvard College and as Associate Minister and Director of Administration at The Memorial Church of Harvard University; as rector of Saint Dunstan’s Church in Dover, Massachusetts; and as Protestant Chaplain at Wellesley College. He is also a recipient of the Master of Arts in Law and Diplomacy from the Fletcher School of Law and Diplomacy, and the A.B. in philosophy and political science, summa cum laude, from Albion College. He is a life member of the Council on Foreign Relations.