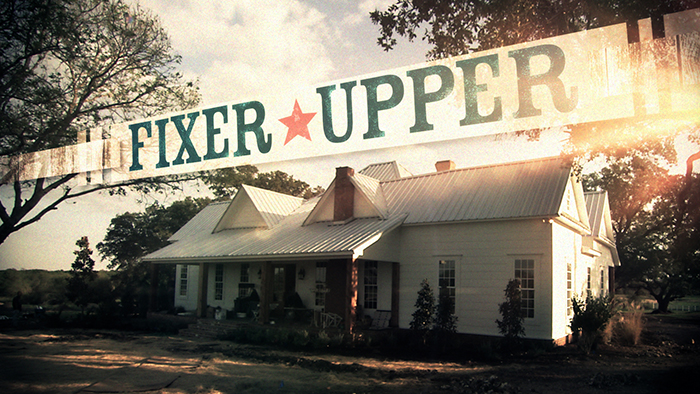 One of the differences between our two parishes, at least this summer, is the way we approach the lectionary. First of all, as a person who lives rather closer to the Protestant than the Catholic end of the broad spectrum that makes up our church, I sometimes chafe under the limitations of the lectionary, and from time to time I just plain depart from it. After all, the scriptures are the revealed word of God, but the lectionary is the work of a committee.

But for the most part we stick with it, and to be more specific, when the lessons from the Old Testament diverge into two different options, Track 1 and Track 2, we stick with Track 1—the history track. Here at Trinity, this summer you’ve chosen to use Track 2—the prophetic track.

And that’s perfectly agreeable, except that when it came to planning out my sermons for the summer I found myself automatically making reference to Track 1—which, this Sunday, would have given you the reading from the Second book of Samuel in which King David decides he is going to make a name for himself by building a proper house for God, who up until this point in the story is still living in a tent, the Tent of Meeting. And God lets him know that while the offer is very much appreciated, it’s really not necessary, and not even that desirable. God is going to go on living in a tent for awhile.

Now, eventually that temple does get built, of course. It gets torn down, too. And it gets rebuilt, and extensively refurbished—by Herod the Great, of whom we heard quite a bit last week. And then, of course, it gets torn down again, by the Romans. The theme of that story seems to be that temples come and go, no matter how grand they are.

Just because we hear from Track 2 Jeremiah this morning instead of the Track 1 Samuel doesn’t mean I have to completely abandon my intended theme. It turns out that in the little bit we heard of the second chapter of Paul’s letter to the Ephesians there’s a perfect foundation on which to build, and it is this:  “So then you are no longer strangers and aliens, but you are citizens with the saints and also members of the household of God,  built upon the foundation of the apostles and prophets, with Christ Jesus himself as the cornerstone.”

These summer sermons have been trying to offer a sense of the different characteristics that should be hallmarks of Christian communities. But pretty much the entire letter to the Ephesians is an essay about what makes a Christian community—how it should work, the values that should guide its work and life,the impact it should have on those outside the church.

For our purposes today I want to focus on the building materials that we use to build Christian communities. And this line from Ephesians is interesting, not least because of its use of that word “cornerstone.” If you open up your prayer books to page 762 you’ll see just what Paul is drawing on when he draws this image of the church.

The chief cornerstone of the church is Jesus; and that is true despite the fact that Jesus is also the stone that the builders rejected. And now we are being included into this new community called the household of God. That is, after all, what Christian communities—all of them put together—amount to. But there is something in this image about the kind of building materials we are.

No matter what kinds of communities we build—neighborhoods, or schools, or workplaces, or service clubs, or whatever—we always want to build with the best. We want the brightest students to admit to our college. We want the nicest people to move into our block. We want the most capable colleagues to be hired for our team at work.

But that isn’t how Christian communities work. At least that’s now how they’re supposed to work.

Mind you, that is often our first instinct—applying to building up the church the same ideas we use building all of our other communities. We want people who  look like us, think like us, speak like us. We want people to come join us, yes, of course—but we want them to see the world in pretty much the same way we do. We rather hope that when new people come through the door the will be here to affirm who we already are by wanting to become part of us.

But there’s a conundrum there. If we are communities built up into a household and founded on a cornerstone that was started out being rejected as unfit for use, then probably the way we’re supposed to build these communities of ours is to knit together the people who have themselves been rejected.

The church may be the only human community on earth that not only welcomes but willingly seeks out the lost, the broken, the imperfect, the struggling, and invites them in to become part of the community we are building. Because despite all outward appearances to the contrary, we know that everyone—absolutely everyone—is broken and imperfect in some way, too.

But that is not who we are supposed to be. We are supposed to be a community made up of people who were not in the in crowd before. Paul reminds that church in Ephesus about this; he reminds them that most of them weren’t Jewish in the first place, and the promises of the covenant didn’t used to extend to them

But now, in the new household of God built on the cornerstone of Christ, they are welcome. And what is even more remarkable, we are welcome.

Because once we were on the outside looking in, too. Once we were unwelcome, or unpopular, or overlooked, or just plain didn’t fit in. And by the grace of God, we have become made part of the household; we have become adopted as children, made inheritors of the kingdom.

The funny thing about moving from the outside to the inside is that we forget what it was like to feel powerless and ostracized. In the place of our longing to be included arises a kind of sense of our own importance, our own privilege to have things done our way or to expect others to conform to our preferences.

But that isn’t how Christian communities, authentic Christian communities, are meant to work. We are not country clubs. We do God’s work by welcoming in the people who feel unwelcome most any other place, and by doing that we live out the upside-down world Jesus so often describes the kingdom of heaven to be—where the last are first, the wealthy are to be pitied, and the children are the wisest of all.

In that wonderful euphemism Realtors use, we are always meant to be fixer-uppers—places with great potential because they are made up of people whose potential has perhaps been overlooked by the rest of the world.

There’s one thing more about this quality of ours, this discipline of seeing, and celebrating, and engaging the gifts and talents of all people, that is worth our reflecting on in this mid-summer week.

When we build communities by putting the potential of people ahead of power or prestige, what we are doing is demonstrating leadership in the most fundamental sense of the word. We are welcoming and acting and organizing and doing so as to help all people realize to the fullest possible extent the gifts that God has planted uniquely in them. That is what leaders do.

The prophet Jeremiah this morning issues a harsh rebuke to the leaders of his own day, and warns them that their failure to provide leadership to the people of the covenant will result in disaster for everyone. Israel’s kings have been forgetting the promises of that covenant, they have been seeking their own power and glory, and they have left the people pretty much to fend for themselves—and that has meant that the people have started worshiping at other altars and sacrificing to other Gods.

Jesus tries to gather his disciples and to take them away for a moment of rest and retreat, but even as they pack up to leave they are followed by a great crowd of people clamoring to be near them, desperate for the kind of hope and healing that Jesus has been offering.

And rather than become angry at them for getting in the way, rather than observing healthy boundaries about work-life balance, Jesus sees this and understands that what is really happening is a failure of leadership among the people who are supposed to be the leaders of this community—the same Herod the Great who is at the moment focused on refurbishing the second Temple as a monument to his own greatness, everyone’s favorite Jewish king.

As Christian communities, our call in this moment is to reach out in a moment of faithless and failing leadership, and to offer the sort of ethical leadership that has at its core an understanding of, a commitment to, the dignity and possibility of all people.

Our call in this moment is much more serious and much more daunting than passing resolutions on the issues of peace and justice and economic equality that always concern us when we gather.

Our call in this moment is to spend less of our time and our effort gathering among ourselves, and more of our hearts and our energies gathering in the lost, the unaffiliated and unseen, even the unbelieving and the disinterested.

We are placed here in the midst of sheep without shepherds and are meant to understand in no uncertain terms that our task is not to complain about the poor standards of shepherding these days, but to be shepherds. We are the ones who are meant to look out for the wayward, to guard the physically and spiritually vulnerable against the lurking dangers, to make places and communities where they can find and flourish in the relationship with God that has empowered and emboldened us.

As bad as things may seem, as daunting as that challenge is, that is who we are called to be, these communities of ours. We have a lot to do.

So we pray that God will not give us tasks equal to our small powers, but powers equal to our high tasks. Then the doing of our work will be no miracle, but we shall be the miracle. We will be the people, the leaders, the communities we need, and through which God has always acted—and will always act—to make us whole and holy people. Amen.