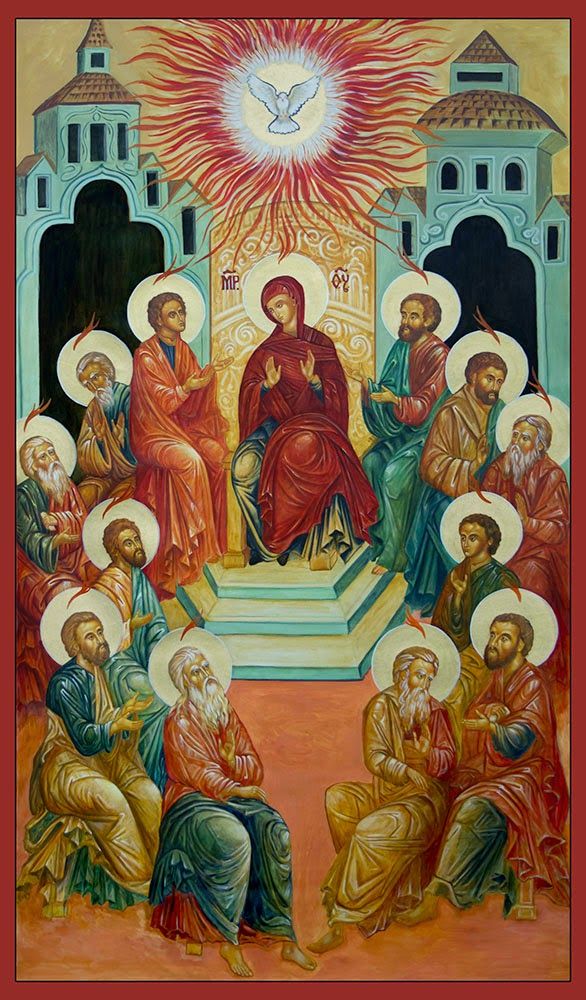 Those who remember the “Great New England Hurricane of ‘38” tell of a Wednesday in late September that began pleasantly enough, with more or less clear skies but a stiff breeze – nothing out of the ordinary – and how over the course of the next few hours that stiff breeze kept building, and the skies kept darkening, until one of the most powerful hurricanes ever recorded delivered without warning a direct hit to Rhode Island and drove north into Massachusetts.  The commemorative plaque at the Blue Hills Observatory says winds reached 186 mph that day – the highest ever recorded there.  The winds were so strong that Nancy Cobb – whom some from “old” Trinity may remember – dared not even make the 15 minute walk home from the Weeks Middle School after a hastily-announced early release, deciding instead to weather the storm at a friend’s.

And old timers in these parts – again, old timers – often remember, too, the Cocoanut Grove fire down on what is now Piedmont St., a few blocks south of the Public Garden.  It was Thanksgiving weekend, 1942, and nearly 1,000 people – twice the official capacity – packed the popular club when a sailor on leave, to have more privacy to kiss his girlfriend, unscrewed a lightbulb.  So that he could better see to screw the bulb back in, a 16 year-old busboy lit a match, and the rest, as they say, is history.  Nearly 500 people died that night in our nation’s deadliest nightclub fire.  Eleanor King – whom some at “old” Trinity may remember – visibly slumped when once she spoke to me of the fire.  “What a tragedy,” she said.  “So many young people…” her voice trailed off.

Pentecost, the feast that the Church celebrates today, is a story of wind and of fire.  Of wind:

When the day of Pentecost had come, they were all together in one place.  And suddenly from heaven there came a sound like the rush of a violent wind, and it filled the house where they were sitting.

Divided tongues, as of fire, appeared among them, and a tongue rested on each of them.

Pentecost is a feast of wind and fire… Or at least it is in Luke’s account (in the Acts of the Apostles, the sequel to Luke’s Gospel).  In John – the other “lung” through which Pentecost breathes (each year at Pentecost we hear from Acts and John) – [in John] the Holy Spirit is given differently – very differently.  To be sure, in John as in Luke, “they are all gathered together in one place.”  But in John there is no day of Pentecost; it is Easter.  In John there is no sound of wind nor tongues of fire, just Jesus breathing on the disciples.  In John multiple languages are not spoken; there is no crowd.  And in John, the Holy Spirit is connected, not to the spread of the Gospel (as in Acts), but to sin and forgiveness – “Receive the Holy Spirit,” says Jesus as he breathes on them.  “If you forgive the sins of any, they are forgiven them; if you retain the sins of any, they are retained.”

Shed[ding] abroad [the promised gift of the Holy Spirit] throughout the world by the preaching of the Gospel, [so] that it may reach to the ends of the earth.

But for John, the experience of the Holy Spirit is described very differently.

To better make sense of the John’s differences with the Holy Spirit, I want first to go back to the Cocoanut Grove fire, and then to an image connected to Pentecost’s third element:  water.

First, the Cocoanut Grove fire.  In a 1986 paper, psychiatrist and trauma researcher Bessel van der Kolk wrote of the case of a woman who had worked as a cigarette girl at the club and who, well into the 1980’s – for more than 40 years after the fire –  annually re-enacted her escape down on Newbury St., a few blocks away from the original location.  In his paper van der Kolk tells how re-enacting trauma gets us stuck.  Van der Kolk writes:

Traumatic re-enactment serves no function…  Ordinary memory is adaptive; our stories are flexible and can be modified to fit the circumstances.  Ordinary memory is essentially social; it’s a story that we tell for a purpose…  But there is nothing social about traumatic memory…  Reenactments are frozen in time, unchanging, and they are always lonely, humiliating, and alienating experiences...  “[Patients] unable to integrate their traumatic memories… seem to lose their capacity to assimilate new experiences…  It is… as if their personality…. stopped at a certain point, and cannot enlarge any more by the addition or assimilation of new elements…”

Of treatment for this kind of re-enacting, van der Kolk recommends:

If the problem with PTSD is dissociation, the goal of treatment would be association: integrating… cut-off elements... into the ongoing narrative of life, so that [we] can recognize that “that was then, and this is now.” – The Body Keeps the Score, pages 182-183)

“Frozen in time, unchanging… lonely, humiliating and alienating.” “Unable… to assimilate new experiences.”  Stopped, and unable to “enlarge any more by the addition or assimilation of new elements.”  Unable to recognize that “that was then, and this is now.”  And doing it all again and again.  To me, this sounds like the effects of sin; sin is all about getting us stuck and making us unavailable to live in the present.  Which brings us back to John. (“Receive the Holy Spirit.  If you forgive the sins of any, they are forgiven them…” (20:22-23)).

[As I consider John’s language surrounding the one whom he calls “the Advocate…”] I am reminded of the Broomway, a famous walking trail in southeast England.  (And here is Pentecost’s third element:  water; Pentecost is one of the Church’s baptismal feasts.)  The Broomway is a six-mile long public right of way off the coast of Essex connecting Foulness Island to the mainland.  Yes, you heard right: a “public right of way off the coast” of Essex.   The Broomway, which dates to at least the 15th century and possibly even to Roman times, is a path of packed gravel and hard sand that emerges from the sea only at low tide.  To walk it, one must wait until the tide is just right.  In his book The Old Ways, author Robert MacFarlane says that the path is both a paradox and also beautiful:

The Broomway [is] close to paradox.  [It] is a right of way and as such is inscribed on maps and in law, but [it is] also swept clean of the trace of passage twice daily by the tides…  Half a mile offshore, walking on silver water, we found a curved path that extended gracefully and without apparent end to our north and south…  It was a shallow tidal channel and the water it held caught and pooled the sun, such that its route existed principally as flux; a phenomenon of lights and currents.  Its bright line curved away from us:  an ogee or line of beauty whose origin we could not explain and whose invitation to follow we could not disobey, so we walked it northwards, along that glowing track made neither of water nor of land, which led us further and still further out to sea…

And (here is what unites both John’s and Luke’s accounts):

we have been baptized into an ekklesia, a Church, whose business is reconciling all people with God and each other in Christ, and through whom the Spirit seeks to make all things new.

We might not notice it (because the Spirit often lies deep within), but I hope it might be getting a little hot in here.  And I hope I was right about those doors opening outward.  For even though I know the original reason why doors in public buildings must open outward and have breaker bars is on account of the Cocoanut Grove fire and the changes in the building codes the fire led to, I hope that our church’s doors open outward and cannot lock people in for another reason:

« Liberation and Freedom The Dancing Trinity »