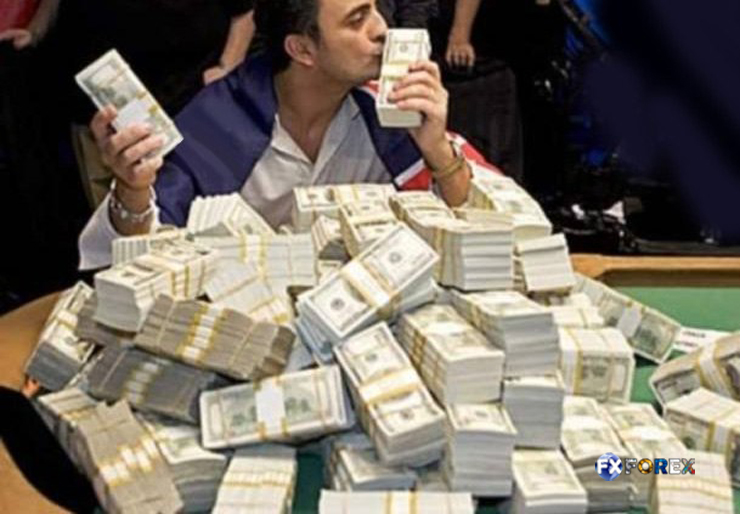 Giving Up Our Riches

Preacher: Mark Edington
Passage: Mark 10:21: “…go, sell what you own, and give the money to the poor, and you will have treasure in heaven; then come, follow me.”
Service Type: Sunday

We hear again this morning the old, tragic story of that rich man—the one who can’t quite accept what Jesus asks of disciples. It is a story that appears in all three of the synoptic gospels, Matthew, Mark, and Luke; Mark’s version, the one we hear this morning, is pared down to the essentials—like most of the rest of Mark’s gospel.

In other versions of the story the man is described as a rich young man, and somehow when we hear it that way we are willing to cut him a little slack. Yes, he’s wealthy, but he’s also young; he hasn’t really gained much perspective on life. He doesn’t know yet the difference between what lasts and what doesn’t.

But this morning’s protagonist in the story is just a wealthy man. Just a person with all of the privileges and possessions of this world. And he has one thing more, something that it’s easy to overlook because of how the story ends; he has a shattering realization that there is something about the message Jesus is preaching, something about the hope he is offering, that is urgently important to him. He comes running, and he falls kneeling. We are seeing a man in the midst of great upheaval.

Now, we all know where this sermon is supposed to go from here. For centuries, the lesson that preachers have extracted from this story has to do with understanding that all that we have comes from God, and that disciples are people who give a higher priority to their profession of faith than to their possession of stuff.

We only ever hear the Mark version of this story on Sunday morning, and we always hear it at this time of year—not accidentally, in the leadup to stewardship season. I suppose maybe the people who made the lectionary put it here to give the preacher a way of softening the ground for a conversation about thinking through what we offer to God, and to God’s church.

The church—this church—never asks you to sell all you and give it to the poor in order to be a member here, to call you a disciple. But because you know I’m not going to do that, and the Stewardship Committee isn’t going to do that, there’s a real danger here that you let this little story slide right by, and just duck the lesson it might have to offer all of us.

So here is how I want you to think about the story of the rich young man this morning. Because I do think we have a part in this story. I do think Jesus is inviting us into a role in this story.

And it’s in this way. The rich young man isn’t any specific one of us. It’s not that each one of us, individually, is supposed to put ourselves in the place of that man facing a moment of great decision.

No, right now, in this moment of our long, long story, the rich young man is the church itself. We, the church, are that man.

For all our history we have sought to live right with God. For all of our history, imperfect though we are, we have tried to live by the commandments, and taught them to our children.

And for all our history, Jesus has looked at us, and loved us.

And here is the hard truth. We, the church, we have many, many possessions. We don’t even know sometimes the riches we have.

Most of you know that Judy and I have just returned from spending time among our sisters and brothers in the Episcopal Church in Europe. We had the privilege of visiting three of our churches there, and meeting people from a great many more of our parishes and missions.

I don’t know what idea you have, if you have any idea at all, when you think of the idea of Episcopal churches in Europe. Maybe you think they’re all populated with wealthy expatriates who have Swiss bank accounts and second homes in Europe. Maybe you think they’re some sort of strange vestigial leftover from a moment of missionary fervor on the part of an earlier generation of Episcopalians.

What we can tell you having come to know these communities is that if you showed up in one, you’d recognize it as an Episcopal church. There are red prayer books and blue hymnals; there are Vestries and budgets and Sunday Schools and youth groups. There are stewardship drives. And there are buildings, some of them that our churches own, and some of them that they rent.

There are also incredible ministries to refugees seeking asylum in Italy, and to orphans and at-risk children in Romania. There is a strong, intentional, shared program for strengthening the ministry of all people, lay and ordained, in all their churches. There is a wonderful ministry to young people that gathers youth from the churches all across Europe in a series of shared formation experiences. And there is an astonishingly beautiful cathedral with the flags of all the states. I was a little sad to find the Michigan flag tucked away against the back wall, but it was there.

But here’s the thing: These sisters and brothers of ours do all this, maintain their churches and their ministries, with almost none of the advantages that we take for granted in being the church that we are.

Think of this: In France, if you’re organized and incorporated as a church, the only thing you can legally do is to offer public services of worship. You can’t have a soup kitchen, you can’t have a food pantry, you can’t have a drop-in center. Can you imagine a law more perfectly designed to make certain churches become nothing more than museums?

And so what our sisters and brothers have done in France is to organize themselves as something else—as a cultural association. That gives them the freedom to actually be a church. But it also means they give up some things; their contributions to their churches aren’t given the same preferred treatment on their taxes.

Something like that happens in Germany, too. In Germany, everyone pays a “church tax”—did you know that?—that goes to support the work of churches. But it doesn’t go to support all churches. The money collected only goes to the churches recognized by the state—the Lutheran church (the state church), the Roman Catholic church, the Old Catholic church, and the Jewish community.

So our churches there have to incorporate themselves, not as churches, but as clubs. And their people end up paying both a church tax and a pledge to their church. That is dedication. Remember that at stewardship time this year.

I’m telling you all this because as I traveled among these people and learned about how hard they work just to make and keep a church, what became clear to me is that they have already given up many of the riches we take for granted. They’ve already given them up.

They’ve given up thinking that refugees are someone else’s problem. In the last ten years, three times more refugees have applied for asylum in the countries of the European Union than in the entire United States. And we think we have a crisis.

And here is something more—in the last ten years more refugees have applied for asylum in Germany—just in Germany—than there are Episcopalians on the planet, period.

Our sisters and brothers in Europe had all of the riches of the church that we mostly still have, and take for granted. But they’ve given them all up—or they’ve had most of them taken away.

Their purpose isn’t to proselytize. It is only to serve. They share the same liturgy, the same hope, the same basic grasp of the Christian idea that we do. They live and gather and worship with great joy and deep purpose. But they have given up the ease of doing these things that to us is second nature.

But for our sisters and brothers in Europe, that is old news. Again and again when we met with them and asked them about their lives and their communities, a word we kept hearing was “isolation.” The clergy feel isolated. The people feel isolated.

They long to learn more about each other, about the other churches that are part of their convocation—and I suspect that part of the reason is simply that it is isolating to be a Christian in such a secular a cultural surround.

We are coming into a time in which we will find ourselves living as they do now. The time will come here when the culture is no longer as sympathetic, the rules are no longer as encouraging, the background of our lives is no longer as shaped by Christian ideas and Christian observances as it once was.

Years from now, we will find ourselves living in the sort of culture that our sisters and brothers in Europe live in today.

And we will have to decide whether to cling onto those riches, to grasp them tightly and hold on to them at all costs—or let them go so that we can find a way to flourish in that new world.

Here we are, out of breath, filled with hope and fear, on our knees before Jesus. And there is Jesus, looking at us in great love, love that sees how much we long to flourish, love that wants us to take that leap and follow—but love that knows we have to do it of our own free will.

If it means we will be better disciples, if it means we will be stronger followers or better evangelists or more effective at inviting others to come and see what we have found here—will we give up those riches? Will we put everything else second to joining that call to a high and holy purpose, to accepting that invitation to follow?

Or will we go away grieving—while the rest of the story goes on without us?

Let us pray that in the hour of that decision, in the moment of that choice, we will not fail to grasp the opportunity of discipleship that is freely given to us.

Let us pray that we will not fail to get our priorities right.

Let us pray that we will keep following, keep pressing on, eager to let go of the things that weigh us down and hold us back. Amen.