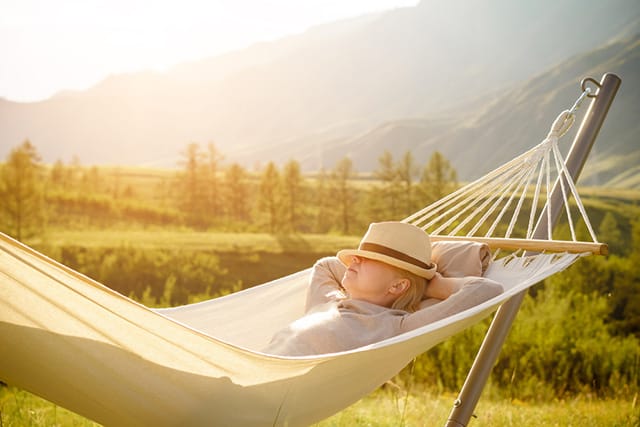 Not long ago I came across a post on Facebook—that endless source of provocation—from someone I think must be about my age, and who is a member of an Episcopal church a good distance away from us. Her post was part of a thread grappling with a question I think about a lot—why don’t more people in their 30s and 40s take part in the life of the church. Where are they?

I don’t remember the name of this woman, but I remember clearly what she wrote. She located herself as having moved to where she now lives some thirty years ago to start out in life, and from that and a few other clues I concluded that she made that move as a young adult, and so I reason that she arrived where she now is about the same time that I arrived here.

And so I conclude, I think not unreasonably, that she must be around my age, and that means that in speaking about, and speculating about, people in their 30s and 40s she is speaking of people younger than herself, just like I am.

In a fairly long post she ends up arguing for three reasons why these folks in the prime of life are aren’t taking up a place in the community of the church. Although I’m not sure she would see it this way, one of her reasons is ethical; one is sociological; and one is pastoral.

The ethical reason is what she believes younger people see as an unbridgeable gap between our proclamation and our action, between what we say we believe and what we actually do. We all now this. It is a familiar charge. And we must acknowledge that there is truth in it.

It is not just that the church, claiming to be a place of safety, claiming to be a place that respects the dignity of all people, has seen people in positions of power commit acts of sexual harassment and abuse, both against adults and against children. Living in Boston it is easy for us to make the mistake of thinking this is a problem of only one church; but it is a problem confronting all churches, and all churches have fallen short of the mark, ours no less than any of the rest.

But it’s also that we build institutions and empires and corporations and organizational structures, all while claiming to be the champions of the poor and the downtrodden and the lost and the unloved.

Second, the writer talks about the pressures on all of us in our own day, pressures that take so many different forms and answer to so many different masters. There are classes to attend and degrees to achieve and jobs to get and bosses to make happy; there are children to raise and activities to get them to, colleges to get them into, trips to take, competitive awesome-life photos to post on Facebook, and all the rest. There are so many more claims on our time then there were on our parents or our grandparents. Right? They had no worries.

Finally, mostly as a response to all this, the writer of that post makes an argument about what the church should be if it want to attract more of the missing young adult cohort. It should be a place of rest, she says. It should be a refuge, a place where there are no pressure, no demands, no requests, no expectations, just acceptance and a place to bring your burdens. That’s all.

I wonder if this is a way of being church, a way of imagining what the church is for, what the purpose of church is, that makes sense to you, that sounds right to you.

Think about that for a moment while I go back to the beginning and take up the first two points. Have we failed against our own standards? Yes, we have. Are there any institutions built by humans that do not? There are not, not a single one. The proof of the failure of the church is not that it makes mistakes; the proof of failure of the church would be that it stopped holding itself up to a higher standard, the standard of righteousness, and accepted instead a lower expectation, a standard of grasping political power or institutional privilege—or forgetting that the church is the means, and not the ends.

When people in our day look at us they see an institution devoted to goodness. Even if they have never been inside a church in their lives, they know very well what we stand for, or what we say we stand for. And when they see how fragile goodness can be, when they see it broken and damaged and deprecated, they hold us accountable, because after all we are the only ones willing to claim for ourselves the responsibility of being its defender. And God knows goodness is under assault from practically all sides these days.

We probably underestimate the pressures that our parents felt, and their parents felt. They were different, but no less severe. Worrying about making sure your child makes the dentist appointment and the rehearsal and gets her homework done while you are finishing the report and making sure the bills get paid and all the rest—yes, that’s pressure, but three generations ago survival was pressure, and it was no less keen and no less burdensome.

But there is, I think, a different way in which the thousands of claims on our busy lives do indeed make the church a different kind of thing than it was for the earlier generations of our families.

I caught a glimpse of this difference in a conversation with another fellow-minister here at Saint John’s, as we talked about what it’s like for her to get her tribe in the car and on the way to church on a Sunday morning. And what she told me was, “You know, there are some Sundays at about 9:45 when I’m still at my house and I have this moment of realizing—I have done battle with pretty much every member of my family to try to get to church this morning.”

That doesn’t sound very restful, does it?

And yet—here’s where we get to the pastoral point—rest is exactly what this day, and this hour, is supposed to be about. This is our sabbath day. This is the day that God, who made us, who knows us better than we know ourselves, set aside for us to recharge and refuel and relax.

When Jesus says that this day was made for us and not the other way around, he means that God’s whole purpose in shaping the cycle of our days and our lives in this way was based on a deep understanding of what we need to flourish and thrive. It is, after all, part of the owner’s manual written by the engineer and designer. “Remember the sabbath day and keep it holy” isn’t just a great idea; it’s such a good idea, it’s a commandment.

So here are two questions to wrestle with at the end. First, if it’s supposed to be so restful, why make church part of it? Maybe a better way of stating that question would be, how might we make this time together more like the respite, the refuge, from the pressures of the world that we long for?

And the second question—a harder question—is: would that be enough to be a church? What would be the difference between that and, say, a yoga session, or a walk in the park, or a morning reading the paper and drinking coffee?

Both of those questions turn out to have the same basic answer, but it’s an answer that won’t make any sense to you if your reason for being here is to fulfill a burdensome obligation.

Thank you for this amazing life we get to lead. Thank you for giving us the unbelievable privilege of being among those few fortunate people on the planet who don’t have to worry about finding enough food to eat or enough clean water to drink or a way to earn more than two dollars a day.

Thank you for giving us this sense of your presence in our lives. This deep, clear, unshakable sense we have that some things we experience, some things we touch, the idea of life itself, is sacred—that those things reveal the persistent, enduring, unyielding, presence of a holy God, a loving God, in our often crazy, messy, crowded lives.

Thank you for giving us examples of how graceful, how gentle, how honorable, how noble, how classy humans can be—examples that can keep us holding on to our optimism and our idealism when we see so many other examples of how far short humans can fall of those virtues.

All of that is supposed to have such a place of such importance in our lives that we have all the enthusiasm and inhibition of children in expressing our joy in all of it. Somehow we lose that. Goodness is fragile. But that is what this day is supposed to be about.

But it cannot be only that. Because in the end that would only be about us, about our needs, about our exhaustion, about our burdens. And there is much more to life than that. There is a greater purpose in view for the rest of sabbath.

This time is supposed to be not just about us, but about the response we offer to God for the inexpressibly profound gift of the love we have in this life. Because ultimately all of it has its source in God.

That is what this day was made for. It was given to us as a gift—a gift of time to rest, and to connect, and to give thanks. After all, that is literally what Eucharist means. If there are better ways for us to do all that, let’s find them and explore them. Because to be the disciples we are meant to be, we need to be restful—and we need to be joyful. Amen.

Topics: church, rest, sabbath, work
« The Amazement of Equality The Reach of Compassion »