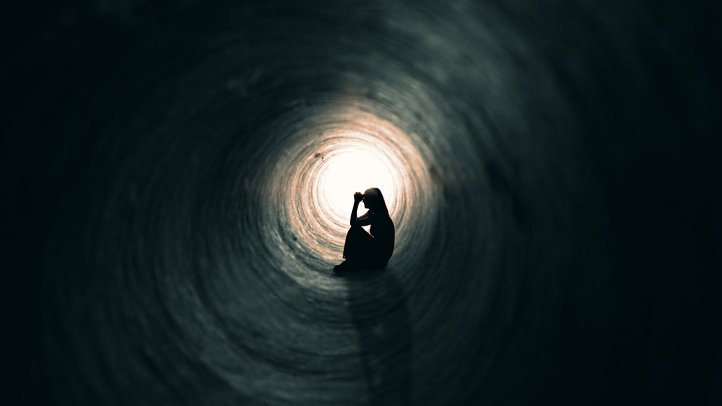 The Reach of Compassion

This was going to be a sermon about forgiveness, and specifically about a teaching of Jesus about how forgiveness works and what its limits might be. As I read through these lessons back in the early spring as I began to prepare my preaching plan, I was especially struck by this idea, by this idea about forgiveness that seems to be the first response of Jesus when the people closest to him are so worried about how he is behaving, and what he is saying, that they think he has gone out of his mind.

I wanted to take up that idea because we are living through a moment, or maybe through a movement, of old wrongs being righted, old scores being settled, old wounds being revealed in the hope that they might be healed—especially in the context of the treatment of women by men. We are being left in no doubt that there is a sickness in our sexualized culture that has had toxic effects on workplaces, on campuses, and on countless interpersonal relationships.

And I am persuaded that one of the most important reasons that idea is not much a part of our conversation is simply that the basic moral teachings of the Christian faith are no longer the foundation stones holding up our public discourse. That’s okay; there have been years, there have been centuries, when Christians were very much a minority voice.

But none of us, none of us living in this moment, have ever really known what that might be like. And now we are learning—and we are witnessing what it means for our whole society.

Maybe someday that sermon will get preached. Maybe three years from now, when these lessons come around again.

I plan the things I want to offer to you in these sermons in advance because I think there is an awful lot of substance in our scriptures that is urgent all by itself, no matter what might be happening in the world that week. I am the child of a first-grade teacher, and I learned from her very early that there is no such thing as a good teacher without a lesson plan.

So I have always thought it was my responsibility to think through, and pray through, the scriptures that come before us every week, and to have a set of thoughts for us to gather around together week by week. There is a timelessness to what we do here, what we talk about here, that stands apart from—and I think above—whatever happens to be in the newspaper today.

So  I make a plan, and I do not easily depart from it. Sometimes, though, the events around us place a new set of demands on the words in front of us. And today is one of those times.

In the story that is set before us today, the people closest to Jesus are desperately worried about his mental health. He has been doing things that they can’t understand, and that seem to defy explanation.

He has been telling people that the things they have done wrong, the sins they’ve committed, have been wiped clean.

And all that he is doing and saying has electrified the people around him. Crowds and crowds of people are flocking to see him, hear him, talk to him. They just want to be close to him. He is too charismatic for his own health.

His family members are frightened by all of this. They’re frightened by what he is saying and doing, and their frightened by how people are reacting to him. They want to protect him, but they don’t know how. And what seems almost worst of all, at the very end of the story we hear this morning Jesus seems to reject the people who love him most.

There is a different way of understanding all of this, of course. Jesus is Jesus. We don’t understand him because even though he is fully human just like us, at the same time he is nothing like us. He lives his life faith-first; he is utterly open to, completely transparent to, his relationship with God.

But in this story we catch more than a glimpse of the people in our own lives who we love very much and worry about very much, because they seem to be acting in ways that are dangerous to themselves—and because no matter how hard we try, they seem to be at the very limit of our reach.

There is some old language here that doesn’t seem very helpful at all—the idea that people who are mentally ill are possessed by a demon. In our own day, we see that kind of language as disdainful and unhelpful. We see it as, quite literally, demonizing.

But at the same time I find myself feeling a sense of something true there. I have to acknowledge that it has often felt to me that the people I have been closest to who have wrestled and struggled with mental illness were in the grip of a force larger than themselves, a force that meant to do them harm. And that, after all, is a pretty good description of the devil.

We cannot fail to speak of these things. We cannot turn aside and ignore them because they make us uncomfortable. We must speak of these things because at the very center of our whole faith is the idea that we live in a world in which the sacred is still possible, and that the one thing we are absolutely certain is sacred in this world is life.

Life is given to us as a gift. It is the very image and likeness of God impressed on us; it is our soul, in Latin our anima, the very thing that makes us alive that is the presence of God in us.

And it is by bringing life into the world, it is by the sacred work of bearing and nurturing children, that we are given the dignity of being co-creators with God. We work with God to bring life into being. We say it every week: In your infinite love, you made us for yourself; yes, and what is more you made us part of bringing each next generation that stands before you into being. Each one of us, every person who has ever lived, is proof of that.

We cannot fail to speak of these things because when any person choses to reject that gift it is God’s heart that is the first to break. And when that gift is returned to its giver earlier than the giver intended, somehow all of us are a little bit diminished—and all of us feel a little bit responsible.

We cannot fail to speak of these things because we know that this sorrow is not merely a matter for celebrities and headlines. It has visited our very own community within the space of just these past months.

When we are in the place of those people who loved Jesus—when we feel that someone we love is emotionally or mentally unwell—we very naturally are desperate to help them. We are driven to protect them, to shield them, to help them, or if we cannot help them to find someone who can.

All of that is exactly right, and exactly as it should be. Some other day when this gospel lesson comes around we can reflect on the teaching Jesus offers in this story. Today I think we might be well advised to reflect on what Jesus’s family has to teach us.

We are Episcopalians. We are conflict averse. When someone near us is suffering, when they are cutting themselves off from their usual sources of joy and fulfillment and support, we want to respect their choices and their autonomy and let them live as they wish to live.

But the wisdom of the gospel this morning is that when it comes to the people we love, when it comes to the community we create here, we have to move in something like the opposite direction. We have to insist on remaining connected, on staying engaged, on being present even if it might feel we aren’t exactly welcome.

No amount of social media will do it. No virtual community can provide it. No amount of thoughts and prayers from disconnected well wishers will do it.

David Finnegan-Hosey is a chaplain at Georgetown University who found himself so caught up in a struggle with his own mental illness that he admitted himself to a psychiatric hospital. He’s written a deep and helpful account of his experience of finding grace in that struggle in a book called Christ on the Psych Ward. In that book he recounts a story from another pastor, Parker Palmer, in counseling someone wrestling with thoughts of suicide:

[Palmer was asked by the woman why some people are able to get past these thoughts, while others are not,] and he describes his inability to come up with a satisfactory answer. After their conversation had ended, he ruminated, wondering if he could have found something more helpful to say. His conversaiton partner ended up writing him to thank him for his honest confession of unknowing. “My response had given her an alternative to the cruel ‘Christian explanations’ common in the church to which she belonged—that people who take their own lives lack faith or good works or some other redeeming virtue that might move God to rescue them. My not knowing had freed her to stop judgin herself for being depressed and to sop belieivng that God was judging her.” Sometimes our unknowing is all we have to offer.... Sometimes, we realize we have been unable to help, and we hope againsdt hope that someone who has suffered so much has experienced, in some way beyond our understanding, some sort of peace or comfort they were unable to find in life. We hold them in our love and our care, and we pray that somehow that is enough.

Yes, our thoughts and prayers are important. But do you know how we are called to pray? Not just with our words, but with our actions. Our work is prayer. And our efforts to stay connected to those who are isolating themselves—that work is prayer, maybe the hardest, and maybe the most important prayers we ever offer. Amen.