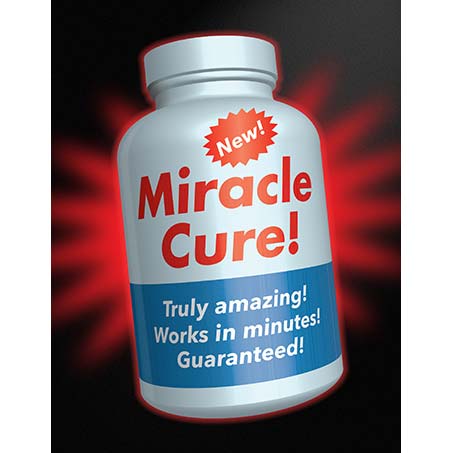 Imagine with me, for just a moment, a story. Imagine that there is a college counselor somewhere in America, in a place out in the midwest somewhere. Imagine that she has been working in a small town, a place with a small high school, out in one of the Dakotas, or maybe in Montana.

And imagine that every kid she works with ends up being accepted into an Ivy League school, or a top-ranked college.

After she’s done this for awhile, people begin to notice. A story about her gets reported on the local NPR affiliate, and it gets picked up by the national network. There’s a college counselor out there who seems to be able to get every kid she works within into their dream school.

And just to bring it home, imagine that this college counselor is a friend of someone here—say Brian and Nancy—and that word gets out in the Newton Tab that she’s staying with them here in town for a few days.

What do you think would happen?

Or imagine a different story. You may have seen the news that scientists now think there may be a link between heart attacks and strokes and the presence of a high level of mutated stem cells in our bone marrow. Even if you have great cholesterol levels and exercise every day, even if you have a very healthy diet and don’t ever take physical risks, you can be one of the people who has a tendency to build up those cells in your bone marrow, and you can be at considerable risk.

But now imagine that a doctor in Newton finds a simple intervention that can clear that buildup in people who are at risk for it. Sort of like a statin pill for your bone marrow. And imagine that the local news gets wind of it, and includes in the story the address of the doctor’s office. What do you think would happen?

Jesus starts out on the path of his ministry and becomes known as a teacher who seems to be able to heal people of illnesses in an era in which being sick was a matter of great danger and great mystery. He visits with one of his follower’s family members who is ill, and she becomes well. People hear about it. And before long, as the gospel tells us this morning, “the whole city was gathered around the door.”

When there is something that gets in the way of our thriving, when we are weighed down unbearably by the fear of something, we become caught up in the clutches of despair. And despair can be a very, very powerful thing. It can get us to do things we would never otherwise consider doing, move us to do irrational, even dangerous things.

We see examples of this all around us every day. It’s not just patients praying for miracle cures, it’s couples desperately hoping to become parents. It’s not just people living on the streets, it’s working people deep in debt desperate to find some way back to being out of a financial hole. It’s people who feel they have been overlooked and left behind, who have no prospects and no possibility of meaningful work.

When you are in that place, it is pretty easy to get you to do anything. You might well find yourself coming suddenly to yourself in the very moment of doing something you would never have imagined yourself capable of—and not necessarily a good thing. And you will press on, because you are so hoping for something to change.

Another way to put this is, when you are in that place of great despair, that place in which you are poised to leap at anything that seems to offer you hope, you are in a place of great vulnerability. In that place we can be easily manipulated, easily led, and easily taken advantage of. And we see examples of that all around us every day, too.

There is no worse form of exploiting this vulnerability than those who take advantage of the spirituality of vulnerable people—those who claim to offer a balm for wounded souls, only to take advantage of that vulnerability for their own purposes. That is exactly the sordid technique of the prosperity gospel preachers. It is no accident that the Boston University historian Carter Lindberg has likened these folks to the indulgence sellers of the middle ages.

We live in a moment in which people feel desperate about their futures, about their prospects, about the opportunities that will be opened to their children. Even though as a nation we are the wealthiest people who have ever lived in human history, as individuals many of us feel a little too close to the edge that separates us from complete disaster.

How we as a church treat that vulnerability in people is a matter of very great importance. We don’t make grand promises or offer magical solutions. We don’t tell people that being part of Saint John’s will make them rich, or heal their illnesses, or make them popular, or get them into all the right schools or jobs or clubs.

We are a hospital for souls. We are here because we believe souls, that part of us that is eternal and sacred, can be injured and damaged by evil—whether it is inflicted on us, or takes root in our own hearts.

And we are here because we believe that matters—indeed that it is a matter of urgent importance to God, so urgent that it was worth enduring the shame and pain of a cross to finally assure that evil would never conquer us in the end.

As Christians it is for us to be on the lookout for the vulnerable, the hurting, the wounded, the desperate. And when we find them, when they cross our path, it is for us to hold in greatest reverence both their fear and their longing; not to seek our own advantage, or even our own credit, but to serve what in them is the equal of the hope and the holy in us.

Our task is to help them to find their place in a community that will keep them safe from the harm that could come to them; and if that place for them is here, then it is for us to be a source of healing and hope.

This is not optional for us. It is a central responsibility of discipleship. It is a task that comes to us because we are followers of a healer. And the healer we follow was one who did nothing more or less than to see, to acknowledge, and to restore the possibility of the holy in everyone who came to the door. Amen.