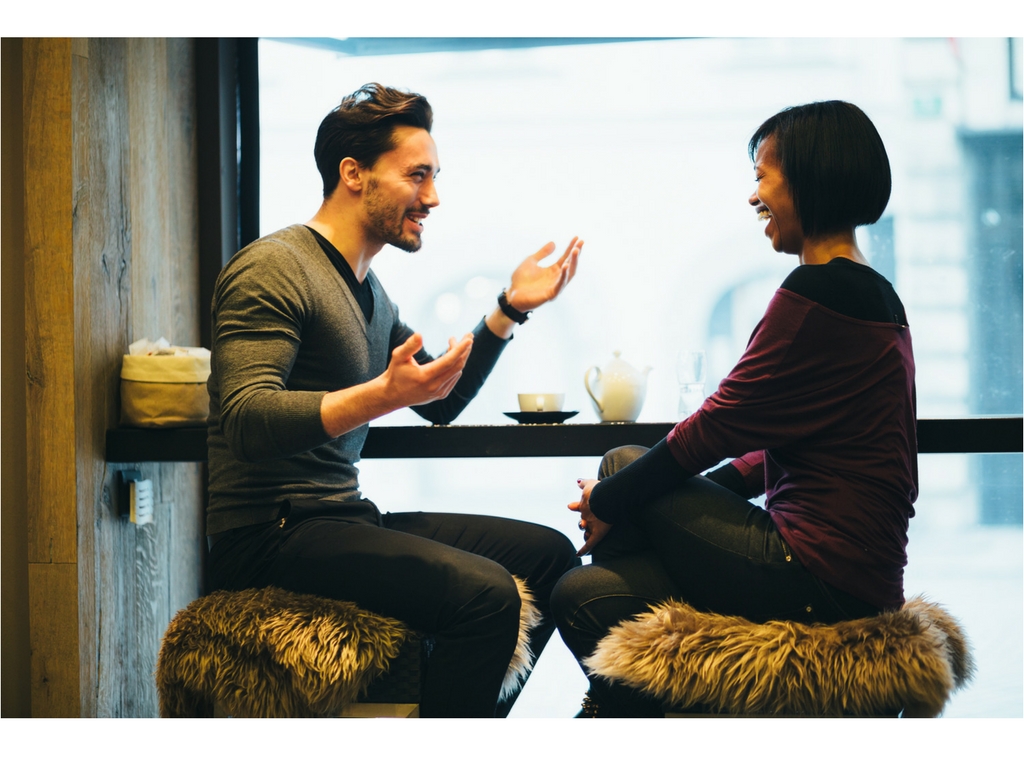 “But I don’t understand!”

“You will,” she said, “if you give it enough thought. Or you won’t. The answer doesn’t really matter. What matters is trying to find the answer.”

Perhaps you noticed that we’re in Year A of the three-year liturgical cycle, so our journey through the Sundays after Pentecost, or Ordinary Time as the Catholics call this long stretch between major holidays, is dedicated to Matthew’s account of Jesus’s teachings. Since sometime around mid-September, these teachings have been in the form of a parable, coming at a pace of about one per week:

On September 17th, there was the Parable of the Unforgiving Servant, where a servant who owed his master money was forgiven, but that same servant did not forgive another who owed him.

On the 24th, there was the Parable of the Workers in the Vineyard, where laborers grumbled about being paid the same for different amounts of work.

October 1st had the Parable of the Two Sons, where one said he would work in the vineyard but didn’t, and the other said he wouldn’t but did.

The next week was the Parable of the Wicked Husbandmen, where a vineyard is leased to tenants who killed the owner’s slaves and son.

The week after that was the Parable of the Great Banquet, where the host had to find new guests worthy of the feast.

Last week was the Parable of the Ten Bridesmaids, where half were wise with the use of their oil, and the other half were not.

And now here we are. This week it is the Parable of the Talents.

It is no surprise that Jesus turned to parables often during his ministry—they are reasonably accessible and, really, who doesn’t like a story. But the more you look at the parables—the more you peel them apart—the more troubling they can become, particularly if you have to preach on one of them.

A parable is like a metaphor. It is a device constructed in such a way that a lesson is taught by giving the listeners a bridge to their own life experiences. The point of the lesson may be complicated or difficult to absorb, so using a story to help make the point is both engaging and, slyly, draws a parallel to situations that the audience can readily identify with. The actors and actions in the story are often stand-ins for God, for us, and for the relationship between God and us.

The problem, though, is that a parable is also like a fable but with the moral left for us to work out. The gap between present day and the time of Jesus means that we can’t necessarily relate to the actors and actions in the stories. Often what we are left to extract from them is at times deeply disturbing conclusions that don’t square with our own modern corporate and personal understanding of Christianity, or the way we desperately want Christianity to be. Worse, and perhaps most dangerous, these parables can be interpreted to fit our own agendas, and, since they originate from the mouth of Jesus, his authority adds weight to these agendas.

On the surface, the Parable of the Talents is one of those lessons that we in the Stewardship ministry call “tailor-made”. Three slaves are entrusted with money in varying amounts. Two slaves use the money to make more for the master, where one hides his and can only return it undoubled when the master asks. This story teaches us that we are each given gifts that we did not earn, yet we are expected to use those gifts to make things better, not necessarily for ourselves, but for the general good. If we do this, then we are rewarded. This message plays well for folks like me when fall is in the air and we’re called upon to remind you what is essentially the core of Stewardship: we are blessed, we are obliged to use our blessings, and oh-by-the-way one way to do that is in the form of monetary support for our church community.

But it isn’t that easy. There are, as they say, issues with the story.

Let’s start with this: Did you ever notice that there are a lot of slaves and masters in these parables? Did Jesus really think bond-servants and people-as-property were universal elements for a message designed to last the ages? Are we really supposed to see our relationship with God as that of slave to slave owner?

As long as we focus on the happy outcome of the slaves who used their talents and got rewarded, then the God-master character is not so bad. There are nice themes of trust, responsibility, and empowerment. But for those among us who, out of fear of failure, hide our talents like the third slave, the God-master is not just disappointed but downright violent.

Does the God we know, or wish to know, meet our fears and failures with rebuke? Where is the love, the forgiveness, the chance for redemption? Isn’t there a Parable Part II, where the third slave comes to understand his mistake, learns from it, and pulls himself out of the outer darkness before his teeth were completely lost to gnashing?

And let’s take a closer look at those two slaves who garner do their master’s favor. What exactly did they do? They traded with the money to make more. But consider this: They did absolutely no work. They provided the capital; investment bankers did the rest. And it wasn’t even their own money. Nevertheless, the reward is clear: “For to all those who have, more will be given, and they will have an abundance.” This is a pillar of the so-called prosperity theology, where amassing personal wealth proves the presence of God’s favor.

Bending a parable to meet one’s agenda is easy. It only takes a bit of charisma, a persuadable audience, and a small foothold in scripture, and nearly anything can be justified. Witness nationalism, racial supremacy, and, even though unexpected, the Spanish Inquisition.

So yeah, even seemingly simple parables can get troubling and troublesome quickly. Once I took the red pill (Matrix reference) I couldn’t go back to seeing this parable as just a simple, straightforward message about being good stewards of God’s blessings. Much was swirling around my head as I thought about how to tackle this deceptively complex passage.

It turns out that I was in the middle of my mulling last weekend when I took a break and I stopped into a Starbucks to trade some of my talents for a cup of dark-roasted addiction. I got my order and sat down at one of those long tables where the Starbucks campers set up early for the full day of free WiFi and journaling. I pulled out my phone and started browsing, because you can’t be alone in any place these days unless you look like you have something to do. Just my luck, two people sat next to me and continued their deep and sometimes animated conversation, so I tried extra hard to focus only on the pithy posts of my Facebook friends, but try as I may, I couldn’t help but overhear their conversation.

“But I don’t understand!” said the man.

“You will,” said the woman, “if you give it enough thought. Or you won’t. The answer doesn’t really matter. What matters is trying to find the answer.”

“Of course it has to do with money, but what I’m saying that it has more to with relative amounts, not the absolute amounts. Look. You’ve got three guys, right? And they are given different amounts from the master, right? Did you ever ask yourself why they got different amounts?”

“The parable says, ‘to each according to his ability.’”

“Sure, but why is it important to the story that there are three different amounts?”

“Because everyone has different abilities…”

“Yes, but why three? Why not just two slaves? With two, you still have one that pleases the master and one that doesn’t. Why is it important that there are three slaves with different amounts?”

“The middle guy is the foil. He’s there just to show that the amount isn’t the point. There is not a threshold for when something is big enough to matter, or when it is too small to matter. It all matters—big, medium, and small. Here, this might be easier: Don’t think about talents as gifts but instead think of them as burdens. There is no problem too big to bring to God. There is no concern too small, either. It’s too easy to get caught in the trap that our petty problems are just not important enough to bring to the attention of a God who has to deal with floods, earthquakes, global warming, and insult wars with North Korea. How can I pray about doing well on a test, or speaking in front of people, or that my alma mater has a good game on Saturday when the world is in need of big prayers about big things?”

“You pray about sports teams?”

“Do you only talk to me about massive world issues?”

“Then why hold back about what you talk to God about? Do you think God isn’t interested? The third guy’s mistake was keeping his small burden to himself. Maybe he was embarrassed. Maybe he figured that the world has so many huge problems, how could his be worth God’s time? Maybe he didn’t trust God enough to invest the effort. Whatever the reason, the story shows us that God welcomes big, five-talent sized problems just as much as smaller, two-talent sized problems.”

“But if the talents are really problems, then the guy with five got five more problems in return.”

“Okay the match is not perfect but my point still holds. It doesn’t have to be problems. It can be anything. You wanted to use this parable for Stewardship, right? Maybe your message should be this: When you come into God’s community, bring anything of value to you, and work with that. The only mistake someone can make is to feel that what they bring is too small or insignificant to contribute. That they can’t make a difference. That they don’t matter. When it comes to caring for God’s community, everyone—I mean everyone—has something of themselves to share. In God’s house, everyone matters.”

“Right,” said the man. “Everyone matters.”

And then, for some reason, they both turned and looked straight at me.

Topics: burden, starbucks, talents
« What did we do? The Unseen Children of God »