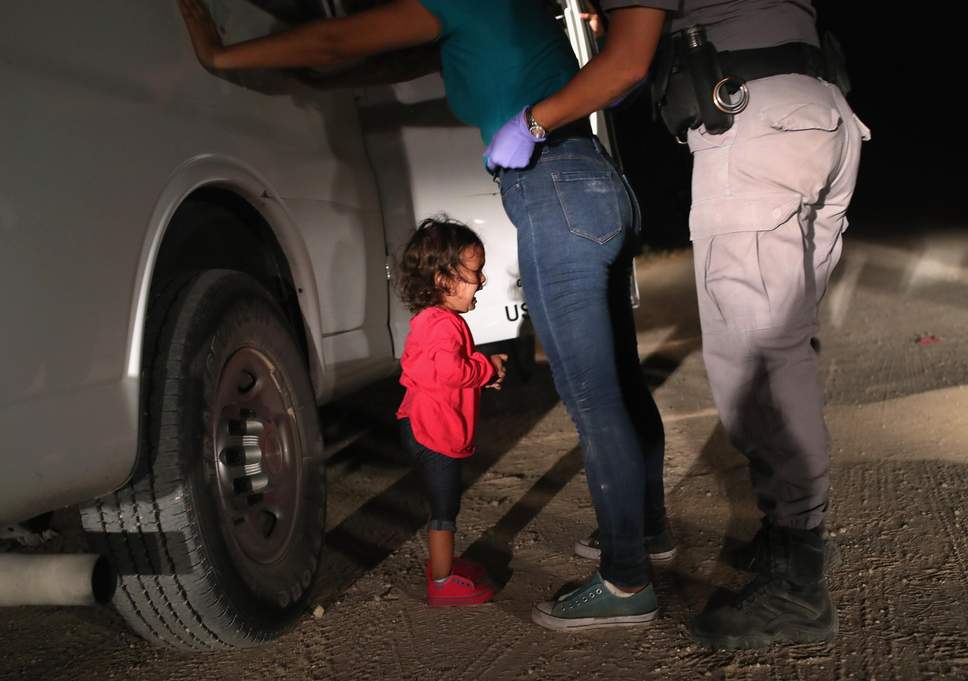 The Christian faith is a seemingly simple and yet remarkably difficult thing. It is easy to say what it is about; it is about love, the idea that God is Love, that God creates us out of love, that God intends for us to be in a loving relationship with God and—as a means of getting that right—with each other.

We have more complicated ways of describing how all this works. It involves the life, death, resurrection, and ascension of Jesus, and how we believe that makes a once-for-all change in our relationship with God—and sort of proves the point about the kind of relationship we are meant to have with each other.

But for the most part, the message is simple. It is the living of it that is an immense challenge—maybe even the highest, most worthy challenge set before all people. It is a challenge because the world gives us endless reasons to live in ways that fall short of that idea, or come into conflict with it.

Usually when we gather as a community on Sunday morning we bring with us an understanding that life is complicated, and living by the law of love—the way God intends us to live—is hard. We struggle with some of those conflicts and try to find our way through them. And for my part, at least, I hope you always find me hesitant to make any strong proclamation about exactly what the law of love prescribes us to do in our lives as citizens, as members of our community, as neighbors, as family members. If there is any basic lesson to take from the teachings of Jesus and from the accounts we have of his ministry, it is that unquestioning loyalty to simple, unyielding laws that presume to say "God demands we do this in this instance" nearly always end up creating injustice.

As I say, that is usually the case. But we are not in a usual moment today, in the middle of June, in this year.

There are two things we cannot flinch from talking about in this moment.

The first is that the United States, the nation to which we all owe the duties of citizenship, is at this moment practicing a policy under which the children of immigrants are in some cases separated from their mothers and fathers and placed in confinement in a separate place.

In some cases those parents are being told by authorities representing our nation that they will not see their children again.

Let me state this as directly as possible: The United States, as a matter of policy, is separating children from their families and placing them in prisons. There is an argument, we are told, by which this policy is explained as a good idea; it is that it will deter further immigration. But that is hardly a justification.

Even worse, you can even now find contractors working on behalf of our government advertising for positions supervising these children. A friend of mine, not one given to overstatement, pointed to this with the observation that our government is now advertising for concentration camp guards. Those are extreme words. It is hard to say that they are wrong, or even unfair.

On any understanding of Christian ethics, on any understanding of the basic concepts of human rights, this practice is reprehensible. No one who takes seriously those simple but immensely challenging guides to life that go with the Christian message can reconcile themselves to accepting this practice as in any way defensible. It must be described for what it is: Inhuman. It diminishes every one of us, and it is completely contrary to Christian teaching.

The second thing we must face directly this morning is that the Attorney General of the United States presumed to defend this policy in a public forum by quoting the first verse of the thirteenth chapter of the Epistle to the Romans. In that passage, St. Paul says: "Let every person be subject to the governing authorities; for there is no authority except from God, and those authorities that exist have been instituted by God."

In throwing out this line, Attorney General Sessions is engaging in a practice called "prooftexting"—finding a single line or two from the body of scripture and hanging on it an argument that your position in an argument has God's approval. It is the worst, the cheapest, the laziest form of engaging the revelation of Scripture, lacking in faithful discipline and seeking only a debating advantage.

I want us to be in absolutely no doubt about this: The New Testament does not teach that we should be always and everywhere cowering before the authorities of government. That may be a comforting idea to Attorney General Sessions, and to the president he serves; but it has nothing to do with the Christian faith.

And we should be in no doubt that this fundamental insight of the Christian faith—our equal dignity before God—is what has undergirded, encouraged, and brought about the fuller and fuller flourishing of democratic government over the long, long history of the past two millennia.

Sisters and brothers, we are leaving the years in which we could be reassured that most of the time, at least, we would come here trying to understand more deeply the teachings of our faith, and sort out in our own ways the application of those ideas to the questions that confront us in our own lives.

We are entering upon a time in which we will have no choice but to be clear, and calm, and confident about exactly what claims our faith lays on us, exactly what our faith does and doesn't teach—especially when those in power seek to use it for their own purposes, to seek objectives that are utterly contrary to the Christian vision of society, of community, and of government.

The good news is, others have been in similar places before us, and we have much to learn from them. Many commentators this past week, most notably some Jesuit commentators here in the United States, have pointed to the writings, the work, and the witness of Dietrich Bonhoeffer in the midst of Hitler's rise to power as an example for our instruction.

You have heard me speak from our pulpit before about Bonhoeffer; he is a particular hero of mine, and of many. So it isn't original to me by any means to offer you this example. But here are some things to reflect on.

Bonhoeffer was not loved, or respected, or admired, or supported by his church in the years leading up to the Second World War. In fact, something like the opposite was the case; the Lutheran Church in Germany, of which Bonhoeffer was a part, went along largely uncritically with the anti-Semitic policies of the Nazis, and did not object when the civil authorities pointed to the Christian scriptures as justifying their persecution of the Jewish people.

Bonhoeffer was something of a voice crying in the wilderness, seeing that the church was throwing in its lot with the authorities in an effort to retain some kind of position of power in a changing world. They forgot who they were or what they were supposed to stand for. And the cost of that failure was devastating.

We are facing our Bonhoeffer moment. We are facing a moment of decision. The polls tell us that a large majority of evangelical Christians in the United States—the only sort of Christians the American media seem to care about—support this government and brought it into being. They applauded Mr. Sessions when he quoted St. Paul last week.

We have to decide whether we want to go along with that idea of what our faith is about, or to stick with what we know Christ lived for, and what Christ died for.

This will not be easy. As Paul says to the Corinthians in what we heard this morning—I suppose words less welcome to the Attorney General, and not really his idea of Christianity—we will have to show great endurance. We will be afflicted. We will have hardships, and face calamities.

And we should be in no doubt that others are already facing beatings. Others are being imprisoned—not least those children. Others are laboring even though they know they may never see the results of their efforts. Others are living through sleepless nights. Others are hungering for hope, for justice, for the possibility that love will finally win out.

This will not be easy. It was not easy for Bonhoeffer. It will be costly. Love is costly; it demands something from us, but what it demands makes us more fully who we are meant to be.

This is the day, this and the days ahead, in which we will have to choose.

We have each other's support. We have the example of Christ to lead us. We have God's unconquerable, unyielding, insisting love to carry us through any loss, any disappointment, and any despair. And we have the words of the angels, at the beginning and the end of the story: Do not be afraid. Amen.